Growing up in India was growing up with stories. As early as three or four years old, I was introduced to the ancient animal tales from the ancient book of stories and wisdom – The Panchatantra by Vishnu Sharma.

These tales were not just meant for those studying politics and governance. It held the keys to the wisdom of everyday life – about friendships, trust, greed, desire and more. Cleverly linked stories inside a frame made it a lot of fun to listen to. Each frame story would start with one story and reveal layers and layers of stories inside it.

These stories travelled all over the world – west to the middle-east and far beyond, south towards Indonesia and further. They inspired many other bodies of work like the Jataka Tales which were Buddhist wisdom that drew upon existing folk stories,

As a storyteller and as a big sister, I’ve told these stories so many times. But until recently I didn’t get an opportunity to retell them in a book. When I was at Bookaroo 2014 (New Delhi), I briefly met Tina, who is an editor at Scholastic India. I didn’t think much of it at that time. Later a few weeks later, my publisher at Karadi Tales offered to introduce me to Tina with a recommendation about Farmer Falgu’s success. Of course I was delighted.

After reviewing some of the sample stories I had sent, Tina, the editor matched me to a project they had been thinking about. The stories would be popular stories from the Panchatantra but not in the usual picture book or illustrated book format. But as an activity book.

What did that mean, I wondered. Tina sent me a sample from a similar series of western fairy tales and I got the hang of what they wanted. The books were essentially a story colouring book. Children can read the stories and colour in the B&W drawings. Then they get puzzles, mazes, fun quizzes on the side related to the story.

Amazing! I did the first story and laid out all the activities and I was so relieved when the text was accepted without too many changes. And then I got another good news. It was going to be a series – three books to start with and if things go well another three. Yay, I thought. I actually get to retell my favourite stories and let children interact with the text too. 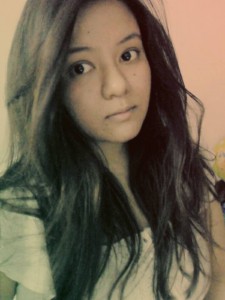 Tina then chose the illustrator to be Nimisha Saikia – who is amazing and wonderfully talented.In the last few weeks, I’ve worked with her, I don’t think she needs sleep. She lives in India and emails at late UK hours. She suffers from both insomnia and brilliant talent. I love many of her infographic designs. You can find out more about Nimisha here.

Back to the stories themselves, Tina and I have agreed on three of my absolutely favourite stories and I am hoping to reveal each at a time just before the books come out.

The first story is the Lion and the Hare and one of the stories my grandmother told me when I was little. It is ancient tale of wit over strength.

The first book The Lion and the Hare will be out early 2016 and hope kids enjoy reading the story and interacting with it.