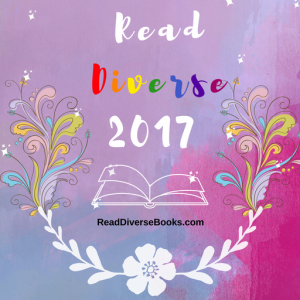 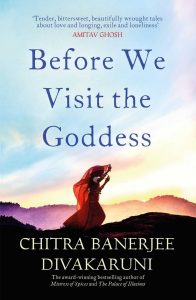 I have the utmost privilege of having this book signed by Chitra Bannerjee Divakaruni and also meeting her at JLF 2017.

I had to sit on my hands until I reached JLF to buy this book so I could get it signed by Chitra.

I’ve been reading so many children’s books and especially those that are full of adventure and humour. But I’ve been steadily carving some time out to read books by diverse authors – especially Indian authors.

I read “Before We Visit the Goddess” over a single day. I started it at breakfast and kept reading while waiters deftly moved around me at the restaurant. I read in the hotel room postponing my shopping in Jaipur and I finished it in record time before we left for the Writers’ Ball.

The story moves between Calcutta and US between generations of mothers and daughters. From Durga to Sabitri to Bela to Tara, the story shows us how their lives are intertwined across continents. It shows how every decision taken by an earlier generation impacts the futures and fortunes of the next.

As a writer, I was amazed at the switch between tense and viewpoint, the effortless transition from past and current and the command of language. As a reader, I was inspired by Sabitri’s courage and her honesty, on her motives and her fallacies. I was frustrated with Bela and her choices until she breaks free and I was afraid and hopeful for Tara. I enjoyed some of the cameo roles in the story including the south Indian scientist who gives Tara a perspective she had not seen before.

It is a story for all mothers and daughters, regardless of where they were born and where they are right now – across cultural and national boundaries. This is a subtle story of vanquishing demons – those demons that women nurture in their hearts that keeps them bound and guilt-ridden. This is a story that illuminates Tagore’s saying about love.

2 thoughts on “Before We Visit the Goddess – #ReadDiverse2017 Review”