Skip to content
I was a child of Amar Chitra Katha – Chitra meaning pictures –  just a coincidence with my name that refers to a star I was born under.

The company that produced Amar Chitra Katha – literally meaning Immortal picture stories – that’s what they were to me. 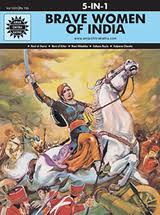 I read a lot of picture books, story books, even English text books and Readers Digest even when I was 6 or 7. But the books that fed my voracious appetite were the big bound volumes of the comic series ACK.
ACK told mythology stories, stories from India’s culture, history and legends. Every Indian mythology and classics I know today is from these – it was simplified, adapted and there were pictures to guide me. I learnt about heroes, warriors, kings and comedians. I learnt about the history of our fight for freedom. 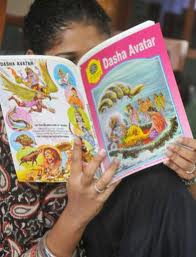 In my family, reading was revered.

Somehow  my parents assumed that I was out of trouble because I had a found a secret corner in the house and I had a stack of books next to me, reading. But they didn’t know how it fed my imaginations. I was always in trouble in my head. I was one of the Famous Five or the Secret Seven.

Reading was considered not only safe, but also crucial. Why don’t you read a book? Was my mum’s standard response to “I’m bored.” In a way I think I overdid it –because I lost interest in sports and I regret that still. But on the other hand, at least I developed the love for stories that made me write.

My first manifestation of being a writer was going up to the school assembly of 500 kids and telling a story. I didn’t have a script. All I did was decide on the story with my aunt. I told her the story in my own words and that’s it. I walked up without a paper. Dumb courage. I narrated the story in English – which to this day I can’t decide if it is my first language or second. I didn’t think it was strange for a seven-year old to tell a story to a school full of kids in a second tongue. Well, I still cherish the first prize I won – it was a Enid Blyton picture book.

That’s perhaps another reason for reading when I grew up – schools always gave books as prizes. And in a country where English books were expensive to buy, I cherished every book I received and still have them all. 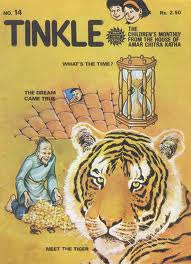 I digress – lets come back to comic books. Amar Chitra Katha, Tinkle and so many more still do the rounds in India. Now they have a modern format, come in electronic form and have been turned into animation series for both Indian and foreign TV companies. 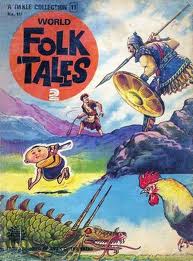 I used to go to a lending library in town, that had 10s of racks of bound volumes of the comic books. Each book had about 20 issues in them. And I would 10 of those bound volumes for each fortnight and come back to read them after school.

These books taught me characterisation, dialogue and pace. The comic strips encouraged reading box by box – no wonder I am more interested in 12 spreads than a 60,000 word novels still.

Anant Pai the creator of ACK sadly passed away last year. But his spirit lives on as the company is now owned by a private investor. The kids who are now parents and today’s kids still love reading these comics is a testament to a man who had vision and  courage. 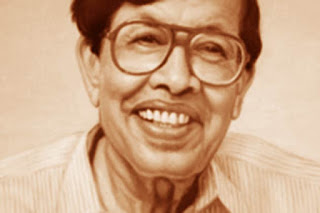 Do you read comic books now? Did you read them as a child? Do you let your kids read comics?
www.chitrasoundar.com

One thought on “Comic Books – Is it serious reading?”