I didn’t start out to write a series of picture books. But now I realise I’ve one successful series and another one edging in that direction.

I’ve always been a fan of series fiction – whether as chapter books or as picture books. When I fall in love with a character, be it Elmer or Lulu, I love to read other stories about them. I want to see them do different things.

But as a writer, I always knew that a series is something you can plan for, but actually getting to publish one, is not up to me. So even though I never intended to write one, I stumbled on to a series.

The Farmer Falgu series originated in India and is now available worldwide in many languages. And this is how it started. 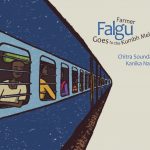 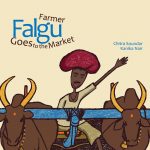 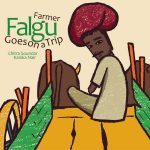 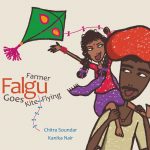 I wrote a story about silence and the joyfulness of noise set in an Indian farmer’s life. I wanted the story to have musical elements and I wanted my farmer full of positivity. I didn’t have an idea that I was creating a friend for myself.

After I submitted the story and it was accepted, I happened to realise another one of my story ideas will fit this character. So I asked the publisher if they would accept another story for the same character. Now this was even before an illustrator was chosen for the first. While the first one focussed on sound, the second one was all about food.

It was a gamble but the editor said yes and to my delight both Farmer Falgu Goes on a Trip and Farmer Falgu Goes to the Market is available in many different languages – from French to German to Japanese and American English.

The success of the first two books both in India and abroad, triggered a commission of two more stories. And a series was born.

But the thing about series is, especially one that has become popular is, there’s more at stake. I wrote so many different stories for the same character, trying to find the third and the fourth I was commissioned.

But the 3rd and 4th book would not have been possible if I wasn’t doing extensive research on both Farmer Falgu and India in particular looking for stories.

Farmer Falgu was completely a product of imagination and a series of accidental events. So after I created the character, I did a lot of research on his back story. I had chosen a name that happened to have historical significance. And that was a happy accident. The illustrator had set him in Rajasthan and that was another happy accident for me (although she would have made a conscious choice).

So I researched the background of the state, created resources and activities for kids. This led to my researching the kite festival, which then turned into an idea for Book 4.

Researching India and having a discussion with the publisher gave me another idea – the Kumbh Mela – the biggest festival on earth. I loved that it had all the elements I love in a story and in life – rivers, trains, food, elephants and a Farmer Falgu who couldn’t catch a break. Or did he?

So as I wrote Book 3 and 4, I learned some key things about writing an unplanned, accidental series.

As the illustrator Kanika Nair made him a Rajasthani farmer, the new stories needed to fit his new life in Rajasthan and what happened there.

As a writer, suddenly I had to work within a framework. Sometimes it felt as if the story didn’t come first, the series guidelines did. But then pushing the story to the forefront and making the character centre-stage helped me plot Book 3 and Book 4.

As much as there is a pre-defined framework when you work on a series, there are benefits too. If parents and teachers like one of the books in the series, they’re more likely to buy the others. The characters turn into friends. I have Farmer Falgu talking to me at odd times when he sees something through my eyes. But also as a writer I start seeing the world through his eyes.

And now I’m standing on the edge of another series. Fingers crossed! 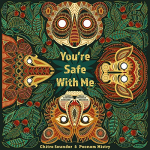 You’re Safe With Me (illustrated by Poonam Mistry) was met with so much love even before it was published that the publisher, Lantana Publishing, commissioned a companion story, You’re Snug wi 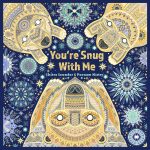 th Me. Although it is not the same characters in the second book, a pattern has emerged. Whether there’s a third book, only time will tell.