This week something profound happened. I did not travel miles and miles and find wisdom under a Bodhi tree. I found quiet wisdom and fiery inspiration in the book I read – I am Malala How One Girl Stood Up For Education and Changed the World. 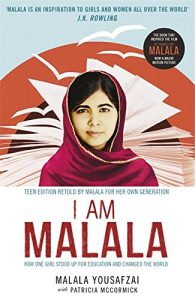 I love to read biographies and this was one biography I was unconsciously avoiding. I wasn’t sure if all the hype would lead to disappointment. If like me, you were from South Asia, especially from the Indian sub-continent, you’d become wary of leaders, whether they are religious, political or social. Their sacrifices, their talks about selflessness and their actions rarely match. We grew up on a regular diet of movies that told us this was true and there has been and still there is a stream of politicians who couldn’t stand up to scrutiny.

I can’t remember what finally pushed me to reserve the book I am Malala by Malala Yousafzai (with Patricia McCormick) at my local Southwark library, but I did and I picked up the book the next day (our librarians are amazing! Follow them @SouthwarkLibs).

I opened to the first page in the prologue and I was hooked. Patricia McCormick has brought to life the words and experiences of Malala Yousafzai in quiet confidence. I didn’t stumble over a single word. I was pushed to turn the pages.

If the preface hooked me, the second paragraph in Chapter 1 made me laugh out aloud and bring tears to my eyes.

I’m a Hindu woman from India, who was a rebel in her own way, but have not managed to pass on the rebellious streak or the inspiration of standing up to convention to anyone. I fought my own battles, I survived them and I moved on. What could I have in common with Malala, an Islamic firebrand activist who stood up to the terrorists and wants to lead other children and women into education?

Well, Malala summed it up very well by saying, “I’m double-jointed and I can crack the knuckles on my fingers and toes at will. (And I enjoy watching people squirm as I do it.)”

I have never laughed so loudly (in a bus) as I read these sentences. I am double-jointed too (how many times I’ve used that as an excuse in the gym!) and I did the same. I’ve annoyed people by cracking my knuckles even when I was 9 or 10, grew up amidst dire warnings of “you will get arthritis”. Well it has been proven that that warning is not true. And so has Malala has gone against that the warnings about standing up to oppression.

I finished the book in less than 8 hours and I was deeply moved. For a day after I did not want to read another book. I wanted to ponder over not her words – but her life. Every once in a while comes a leader who is so unexpected, so undeniable that only tears can explain the joy.

I spent a couple of days thinking about what the book meant to me. And it took me back to a conversation I had with different people at different points in time. 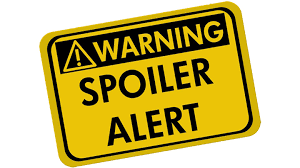 I did a weekend course with Meg Rosoff at the Guardian. In the course, we ended up talking about truths. And it so happened, that Meg and the class found out about my “marital status” and the story behind it. Meg urged me talk about it in front of strangers in a group she used to be part of. I went to listen to others before I gathered up the courage to do the same (or not). I sat next to Patrick Ness (as he was invited by Meg to the event as well). How often does one meet two Carnegie winners in one night !? I did warn you about name-dropping. (I know, I know, no one likes a name-dropper.) Anyway while Patrick was busy tweeting, I was telling myself – ‘I possibly couldn’t do this. Go in front of 100 people and say how I stood up to arranged marriage.’ I never did.

And recently I met a couple of friends from India who are living abroad now – one because she conformed and the other because she didn’t. And these two women told me how important it was to tell the story – about the struggle I faced not just from my parents (who perhaps meant all the good in the world), but from family, from the society and the conventions of the world I lived in. I was told that so many girls who want to study, who want to better themselves and those who want to fend for their families do not believe that change is possible. And I owe it to the girls whether they are in the cities or towns or villages, those girls who accept their fate in spite of their misgivings.

I didn’t want to perpetrate the myth that Indian writers have to write about arranged marriage. Indian women are not defined by their arranged marriage. Yes, it changes them and limits them in many ways. But many women defy it inside the system as much as outside it. But then all marriages change women (and men).

It is not to say an arranged marriage is always fun and happy and liberating. It is not always. And that was the point my friends were making – tell the story, tell the girls they can step up and step out. I was reluctant and am still.

And there’s Malala. A girl, from a country where women’s rights are even less from where I come from, stands up and tells the world about her life, her desire to study and the right of girls to study and become whatever they want to be. In spite of being bullied, being threatened and being shot at.

Those who follow me on Social Media would have seen that I posted a #microaggression incident recently and how I was flustered and how I caved in to bullies on the train and all they had was arrogance. I can’t imagine myself defying the forces that Malala herself has.

So it made me think about my responsibility. All my life my mother has demonstrated by example that you can do what you can to better the lives of others. She defied convention in her own way by picking up volunteer work to help women and children in education.

I understand what Malala says about her Mum being her champion in quiet and steadfast ways. I get that. My mum is the same. My mum was stopped from going to school after Year 8. More because she wasn’t an academic. She is a tactile learner. She was good at doing things by hand and in sports. And that of course wasn’t an option. But even if she had been allowed to study, she wouldn’t have been allowed until her A-levels, because beyond that university was not an option for “respectable” girls.

So she pushed me to study. She was worried about my marks and proud of every single achievement. She worried when my sister was more like her self. More interested in doing than memorizing. But this time she didn’t let history repeat itself. She stood by my sister when my sister opted to get into fashion design than accounting or medicine or engineering.

I’m doing my Masters now in writing and my Mum is still championing it. When I went part-time in my day-job so I can write more and do my Masters, my Mum reassured my nervous Dad. And I can see how she would have reassured him in the privacy of their bedrooms when I was growing up about paying my school fees, about paying my extra tutorials or fees for computer class.

Before I started reading this book, I’ve been experimenting with comedy writing. People who have seen me play pranks (or fell victim to it) or those who work with me would know a bit about this hidden side. And many people found out when I opted to stand up in front of my SCBWI London group to tell lies about a book I wrote. I still get people walking up to me in SCBWI events saying they loved my “lying” which turned out to be real. And there are so many incidents like that where it was just life for me. And it is material for stories upon reflection. Stories that not only makes you laugh but also allows someone to be inspired.

That brings me back to my new inspiration – Malala. The signs of greatness are not sudden and one-off. You don’t turn overnight into a world leader. Malala has always been one. Even if she has reinforced the stereotype that we Asians love to study and do well in exams. And I love the fact that “being a world leader” interferes with being a sister, being a teenager and of course getting up in the mornings.

I’m still ruminating, pondering about how I’ve changed since I read this book. I have changed – and that’s for sure. Like Malala I believe in education. I would not be here – not just in the UK, but as a writer, an author of children’s books on world stage if I had not been given the opportunity to go to school. Education not only betters you, it betters the world because it gives you the tools to explore the world, the right from the wrong and know that life is practically in your own hands.

It is easy to forget about women’s rights living in a western country. There are multiple layers to women’s rights and girl’s right to education. Some layers have been peeled in the west and some are still the same across the world – be it gender gap or domestic abuse – we are not yet there. And only education can get us there.

In many parts of the world girls do not have the right to study and more importantly to make choices. And that is the fight Malala is fighting – whether the oppressor is shrouded in religious fanaticism or political dictatorship or cultural conundrums. And her father is helping her in that fight.

So finally I’m beginning to think about about writing a funny memoir -about how life brought me here and the odds behind it. Like my Grandma used to say – a steady line of ants can erode a mighty mountain. Every act of defiance, every act of standing up makes a difference.

One day in the next decade or two, I might write that memoir, I just hope when I do, there is no need for it. Every girl in every nook and cranny of this world would be free of shackles and would be free to study. Hopefully they will all read my book because they can, not because they have to.

If you are not into activism, or women’s rights or girls’ right to education, you should still read this book as a story of a girl who stood up to the oppressive regime in her land. It is a hero’s story, a hero’s journey and one that inspires. 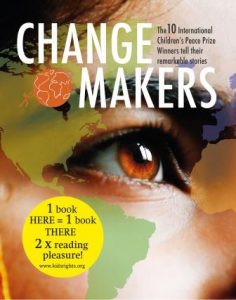 find out other inspiring children – go to http://childrenspeaceprize.org/ and don’t just look at the winners, look at History -> and all the nominees.

If you’re still not inspired about doing something positive, you’re probably in a coma. See a doctor.