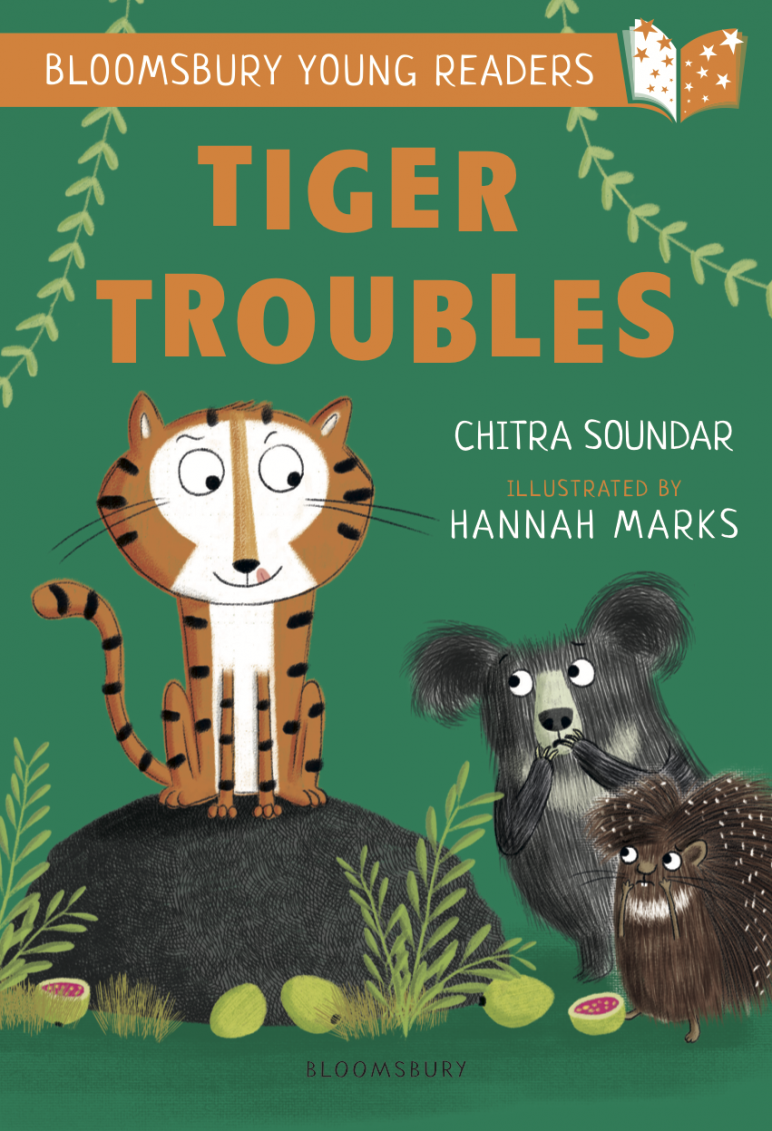 When I started writing Tiger Troubles (soon to be out in bookshops, so brilliantly illustrated by Hannah Marks and wonderfully produced by Bloomsbury Education), I first of all wanted to write a circular story. I had listened to my grandmother tell stories that formed a chain – the story went from one character to another and coming back a full circle.

Then that story slowly transformed into a story of friendship – especially about friends who don’t let down each other.

When Sloth Bear falls on Tiger in this story, he blames the Elephant. But Elephant needn’t have shown his face or accepted his mistake. But he did, because he didn’t want his friend to get into trouble.

As the story unravels, we find that every friend in this forest has the courage to own up, not to let their friends down and look at the situation from their friend’s point of view.

They not only felt bad about what had happened, but also acted on their feelings and owned their mistake despite knowing that Tiger loved to eat.

For me, this story is about unconscious empathy that children have – they know what they are feeling and they don’t want their friends to be in trouble. But the story doesn’t teach a lesson by schooling the kids, but by hilarious accidents, alliterative food and the little tiger solving the puzzle one step at a time!