Chitra Soundar was born in Chennai, a coastal city in South India. She speaks Tamil at home and can also read, write and speak Hindi, the national language of India. Chitra fell in love with English, when she started the English Alphabets in kindergarten. She taught herself to read by looking at words and pictures, for hours together. She also loved listening to stories from her grandmother and grandmother’s sisters. 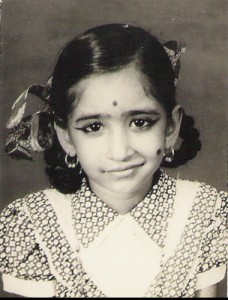 Chitra read non-fiction features and jokes from Reader’s Digest when she was ten. She is usually quiet amongst new people. But her friends know her as talkative and funny . Chitra makes friends easily and is always ready to help them. She won the Best Storytelling prize when she was seven. She loves being with young children and started storytelling to her cousins when she was eight or nine. She made up limericks and stories and acted in plays written and directed by her mother every year during summer vacation.

Along with friends, she also started a magazine for local residents, written and copied using carbon and charged 25 paise for each copy. She took to fund-raising and volunteer work while in school, following in her mother’s footsteps. 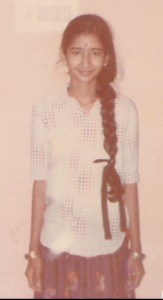 Chitra started  writing poetry in Tamil when she was 14. Encouraged by her teachers, she wrote about nature, love and her country. She went on to write in Hindi and English as well. During her years in Junior College, she wrote songs for puppet shows for her Economics projects and wrote for her school magazines. She won the Best Poetry Award in Junior College. During her first year as an under-graduate, Chitra entered an essay in Tamil, on the state of education in India. Her essay won the first prize in the all-state competition.

In 1999, she moved to Singapore, to work as a programmer in a bank. That was when she decided to go back to writing. Her first choice was writing for children and after ten years of learning the craft and the business, she is proud to have published over 60 titles and hopes to keep writing for a long time

When all the writing and reading is done, she is a whiz in the kitchen, whipping up spicy, hot Indian vegetarian food. Currently she lives in London, where she works in a bank and writes children’s books in all the free time she can get.

She visits the SouthBank, Hyde Park to write and to get inspired. She walks by the Thames most days to relax.

Chitra also is active in the grassroots support of writers of colour in the UK. She created and runs The Colourful Bookshelf, to showcase British children’s writers and illustrators of colour. As part of this initiative, she also runs monthly advice surgeries for writers who want to enter this field.

2 thoughts on “More About Chitra”