My first cooking lesson perhaps started when I was six, because I hung around my grandmother, sitting on the kitchen counter, listening to her tell stories from her past, smelling the foods she was making. She taught me how to cook without tasting – just with the smells. 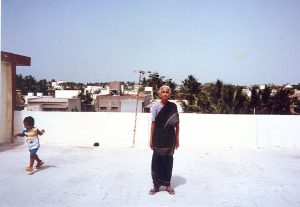 When I was ten, I really had to cook. A full family meal. I learnt from my Mum who stood outside the kitchen giving me instructions as I nervously mixed and stirred and listening to the number of times the pressure cooker hissed. My mum and my her mother-in-law, my grandmother, didn’t measure any of the spices. Everything was intuitive – a pinch or a handful or just the right quantity. There was no recipe to follow. Nothing was written down. All the cooking was passed down by practice. If I hadn’t spent time in the kitchen arguing over whether the salt went first or the spices, I would have never learnt.

Until I was in my teens, I knew only the regional cuisine I was brought up on. In India every time you crossed a 100 KM you crossed a cuisine line. I grew up in the state of Tamil Nadu, but Tamil Nadu itself has tens of cuisines, all regional, and many passed down from 2000 years ago. 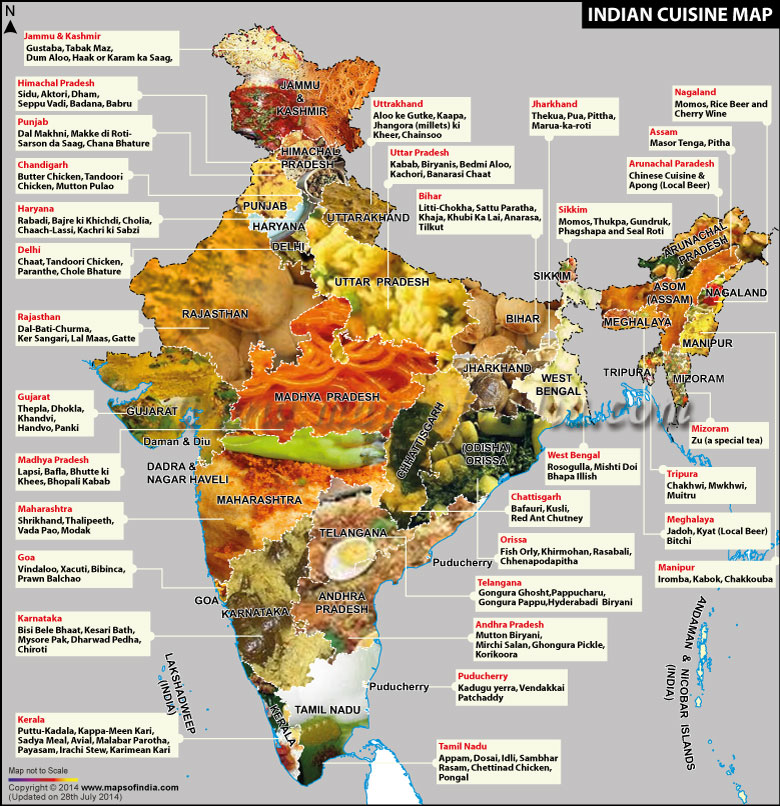 When my interest in cooking got stronger, I started experimenting with other Indian cuisines. I tried Gujarati food from the west, Punjabi food from the north, Kerala food from the south-west, street food from Mumbai. All vegetarian, and all adapted. I don’t think I ever cooked anything that I didn’t change a bit here and there. Even to my mum’s recipe. In fact, some family recipes have been irrevocably changed and my dad thinks it’s for the good.

As I left the country in late 20s, and moved to Singapore, I remained an Indian foodie. I still experimented – but only with Indian food. 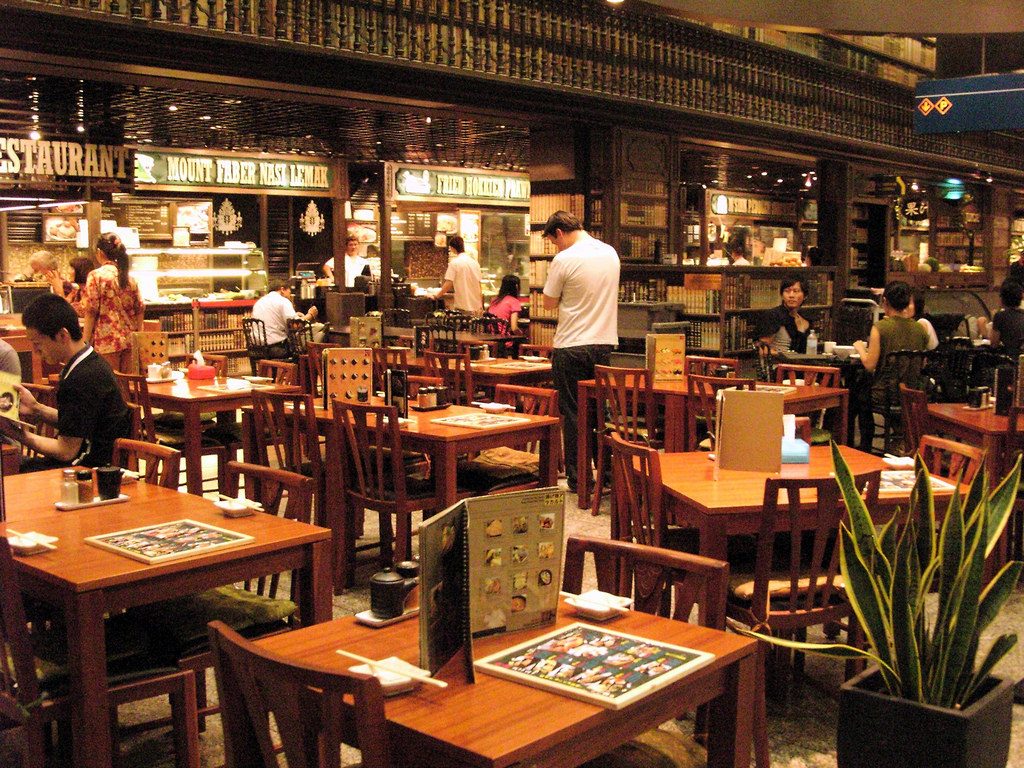 The vast array of food courts in Singapore didn’t tempt me one bit – primarily because they did not fathom how anyone could be vegetarian for 7 days a week, 365 days a year and definitely on the extra day in a leap year too.

But I did venture slowly into international food – not necessarily always authentic, but an adventure nevertheless. I started travelling to the west around this time and had to quickly find alternatives to Indian food that didn’t contain egg or fish or meat of any kind. Italian, Greek and some Mexican if you knew the difference between con and san.

Moving to the UK 11 years ago, introduced me to the vast array of supermarket shelves. I walked around the aisles (I still do this in mega big food stores), looking at strange names – Paprika, Sun-dried tomato paste, Rosemary, Thyme, Pesto, Udon noodles and such. 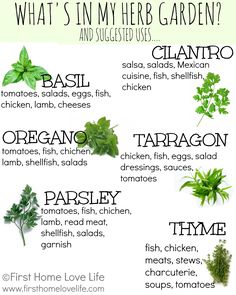 I not only learnt to appreciate world cuisine, I wanted to experiment, learn and cook things I liked. My philosophy about food is – learn to cook what you love to eat. That way I never have to wait for someone to cook, or find a restaurant.

Experimenting with new spices from Europe and South America taught me new flavours, new smells, new combinations. I cooked a lot of Mexican food – like vegetarian chili, burritos, tacos. I cooked Italian. I love pasta more than pizza for some reason. And some British food – especially crumbles and pies.
For a while I kept my two interests separate – I cooked Indian food the Indian way and the world cuisine as per downloaded recipes. Then slowly I started mixing and matching. The more confident I got with the spices, the more I experimented.

I started taking traditional Indian recipes and adding western ingredients into it. And voila! These turned out to be my signature dishes. Those that my mum and my sister want the recipes for. Although it still frustrates my sister when I say – just a pinch of this and a trickle of that.

Then I took the western dishes I loved – especially the pasta and started adding Indian ingredients into it. My brother-in-law freaked out. He politely asked me to cook Indian the next time he visited – because he is an authentic foodie and my mixing up food cultures troubled him and kept him awake at night. I’m getting hungry thinking about so much food.

But the point is, I’ve recently realized that my writing has also taken a similar journey and the parallels were obvious when I looked.

When I had started out writing, of course I wrote as per the rules. I didn’t change anything, I didn’t modify anything. Not just from a craft point of view, but also from content – edicts like if you’re a girl, these are the kind of things you wrote about. What was not allowed, I wrote in diaries. I sometimes regret that I destroyed all my diaries before I left India – they contained raw emotions, anger, passion, sorrow, frustration and so much truth. Perhaps as a grown-up I would cringe at my teenage diaries. But nevertheless they would have been more authentic than the stuff I showed others.

I don’t think I ever thought I’d write for publication until I left India. I sent in poems and essays to competitions and magazines. 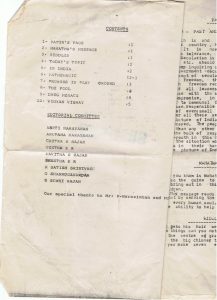 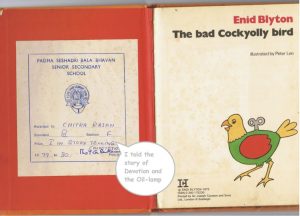 The kernel of a writer was there. I wanted others to read my stuff. I secretly left my writing where people could see them. I loved it when I won prizes and things got accepted. But never in a million years, a lower middle-class girl could aspire to focus on writing and not a career.
The next stage of my writing started when I reached Singapore. I started writing down my stories on paper. By now the Internet had reached the html stages and I could Ask Jeeves! (remember that?). This was the time when Yahoo was still god and Google hadn’t been born yet.

I read lots and lots of books – craft books and fiction. I wrote every day. I sent out stuff every week. Many returned, one or two found their place. At this time, I wasn’t sure what type of writer I was – as much as I didn’t know what food I loved other than Indian. I wrote business articles that were published in the national newspaper. I wrote inspirational essays; I wrote short story and the first one was published in the Singapore Airlines magazine. I was experimenting in the kitchen and in my notebook. 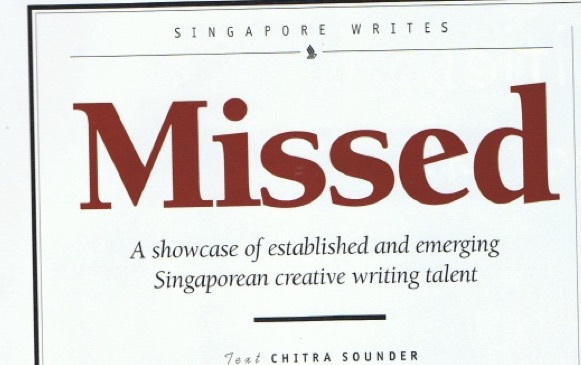 When I settled on children’s writing, I knew why. My imagination was too bizarre and weird for grownups. I wanted wishing chairs, my own faraway tree and witches and goblins and magic. I settled down into writing children’s fiction the same time I settled into my Indian cooking. I had experimented, I had figured it out and I was happy where I was.

When I came to the UK, it was a completely different ball game. I bumped into serious talent and I quickly realized I had to up my game. But it took a long time to understand how. 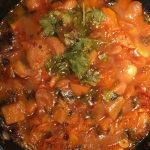 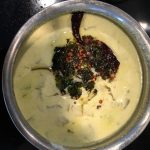 As with my cooking, and experimentation with western cuisines, I realized there was a perception that I had to figure out. Indian food had to be a certain thing – curry. People thought they knew what authentic curry was and they didn’t want an Indian telling them how it should be. It was the same in the stories I wrote. I was told what I should be writing or what was authentic. And when I experimented with western cuisine, and western plots, stories, characters, that didn’t go down well either.

Like in my cooking, I realised my authentic experience was not in the popular experience. I wasn’t sure if I had to write only Indian stories that matched the accepted norm, would I be “exploiting” my heritage just to get published. It was like cooking “curry” for a dinner party instead of cooking my authentic south Indian food. I had to connect to India in every story. 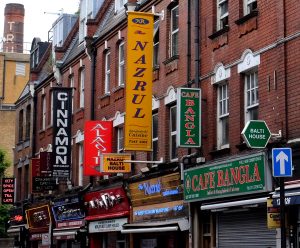 Because for many gatekeepers, my “western” stories were like being invited to an Indian home and being served fish and chips. They had come expecting Sag Aloo and Naans.
I switched gears very slowly. Many writing workshops later, many retreats, lectures, random courses, tens of SCBWI events later, I was figuring myself out. This was not just a writer’s journey. I had to figure out my identity – I had become a British citizen but I wasn’t born here. I had to deal with the conflict of my identity as a person and as a writer. 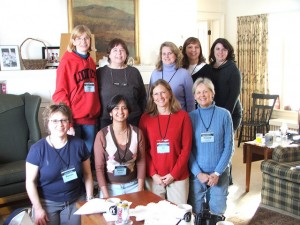 Less than half a decade ago, the recipe started to take shape. I could smell the spices, I could figure out the pinch and the trickle. I did exactly the same in the kitchen and in my writing – I blended my experiences in. I’m different and I am one. I’m a contradiction and I’m ambiguous.

Like the brinjal fry (brinjal is aubergine, just in case you were wondering), I made with my mum’s recipe modified with sun-dried tomato paste, I mixed the ingredients in the writing. I started figuring out how I could bring an authentic story to a western audience. I think I’m still figuring it out. Like how I still go to explore spice shelves in supermarkets, to find the ingredient that I could add to my mother’s spice box, I’m constantly learning how to blend my experience growing up in India with my world citizenship.

Sometimes the spice combinations don’t work. Sometimes they blow my taste buds and it becomes a classic recipe. Same way, some stories just work. Some struggle and stay inside my notebooks.

As I said, I cook the same way I write. I’m richer for the new spices I’ve learnt to use. I’m one person with multiple experiences. What’s authentic to me would never be authentic to my next-door neighbour in India who grew up right next to me. We had similar experiences and different ones. Who is to say which one is more authentic?

There is no single story to humanity. All our stories are universal and unique at the same time.
So next time you visit me, ask for some authentic Indian food and don’t gasp when you don’t see the curry takeaway staples on it. As for the stories, I can only hope I stay true to my characters and spin a good yarn. Like with food, the writer or the cook is only part of the experience. They have to be completed by a reader or a guest. Come and have a taste. You might be pleasantly surprised.