This article was first published on Picture Book Den on 3rd September 2018.

As a storyteller, I love retelling origin stories. I go looking for stories in my own culture and others where the nature is explained in a story full of wisdom. How the sun came to be or why the stars shimmer? Such stories are also full of emotions and life lessons.

When I wrote You’re Safe With Me, that was my underlying objective – I wanted to explain thunderstorms in a poetic way while also making it scientifically accurate because science has come a long way since origin stories. Teaching children something wrong like the earth is flat will backfire when a 4-year will demonstrate to me why I’m wrong. 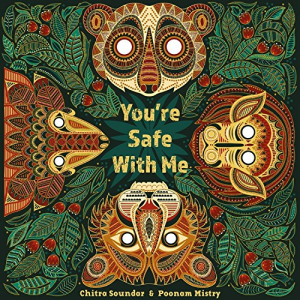 But the science between rains and rivers (the water cycle), the thunder and lightning didn’t require much research, I was born in the land of monsoons and I grew up near rivers and oceans.

But when I came to write “You’re Snug with Me” which will be out in November 2018, the second book in the series, the story was set in the polar regions amidst a polar bear family. While keeping the words of wisdom of Mama Bear like an ancient storyteller, I also wanted to make sure that the science wasn’t wrong. But I didn’t grow up in a land of ice and snow. Even though the story is fictional and involves polar bears talking, Mama Bear needed to be poetic and factual (but not in an overt way). It would be weird to break the storyteller voice to say “And the world has risen in temperature and the snow is melting at the pace of….”

Here are the five things I learnt while writing a story that will not present any facts, but still needs to be accurate:

a)The science of description – I needed to understand the colours of the polar region through day and night, through winter and spring. What trees might grow there and what colours do they exude? Otherwise even the simplest of descriptions would ring false.

b)The science of sensory details – I needed to understand the touch, smell and sounds of the land above, the oceans beneath and the den in which these cubs spend their first few months. What does snug feel like for a cub that knows only the den?

c)The science of habitat – who else lives along with polar bears and what is the food pyramid? What would be the little bears be afraid of and who will be afraid of them?

d)The science of climate change – what are the threats to the bear cubs? What do they need to know about their world and in protecting their world?

e)The science of growing up – when do the cubs learn to swim? When do they hunt themselves? And when do they leave their mother and lead an independent life? Because it’s a scary world out there and one day these cubs will have to find food and start a new family too. 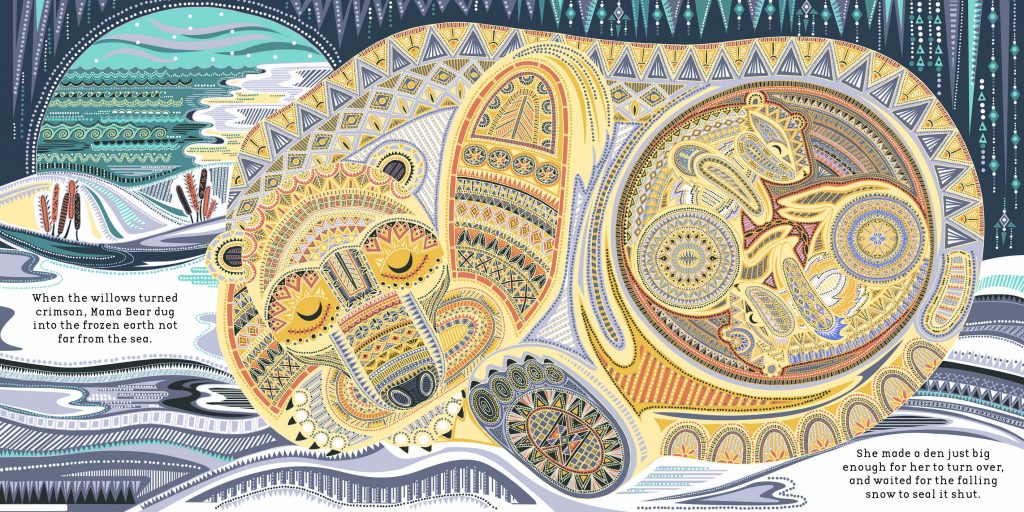 Where did I go for research?

What was my approach to writing the story itself?

a)Do initial research about the topic – that would take me two days of solid reading, getting completely lost inside Google and wandering into research rabbit holes

b)Then I’ll write a storyboard to see if I know the scenes based on my research. Especially for this book where there is a pattern based on the first book, it was critical to know how many call and response patterns did the Mother and cubs have

c)More research to fill in the gaps if I don’t have the 15 spreads I need. (12 if UK books, but because Lantana Publishing targets UK and US simultaneously, they prefer 15 spreads

d)Then I will start writing the story. If I don’t know a detail, I will make a note and keep going. This is the stage where the rough draft of the text will happen and the structure will slowly emerge

e)Over the next two stages I’ll get the structure right – when is the refrain happening – every two spreads or three? Where do page-turns happen? Will I have sounds or specific patterns of text for each group of spreads

f)Then I go back to do specific research – I need to know about the specific animals I have used in the story or the colour of the sky or the sound of the snowdrift. This will help tighten the words and cut as many adjectives and adverbs I can.

Then finally when I’m happy, I send it to the editor, who then after a few edits, will send it to fact-checkers and her own science testers to make sure we have the facts right before we will finalise the text for illustration.

When you read the story you will hopefully not notice any science protruding like a jagged rock in the story. The aim is to create a seamlessly joyful story that works because of the science but the facts are woven into its fabric just like nature itself is.